empty On May 10, the Russian Ministry of Defence recorded no hostilities and ceasefire violations in Idlib region in the past 24 hours | As of the beginning of 2022, more than 11,000 citizens are being settled in Aleppo province under the supervision of the Russian Reconciliation Center | On May 10, a civilian was killed and three others were wounded by the attack of unknown gunmen in Nahtah area | On May 9, SAA artillery shelled positions of Turkish-backed forces in al-B… 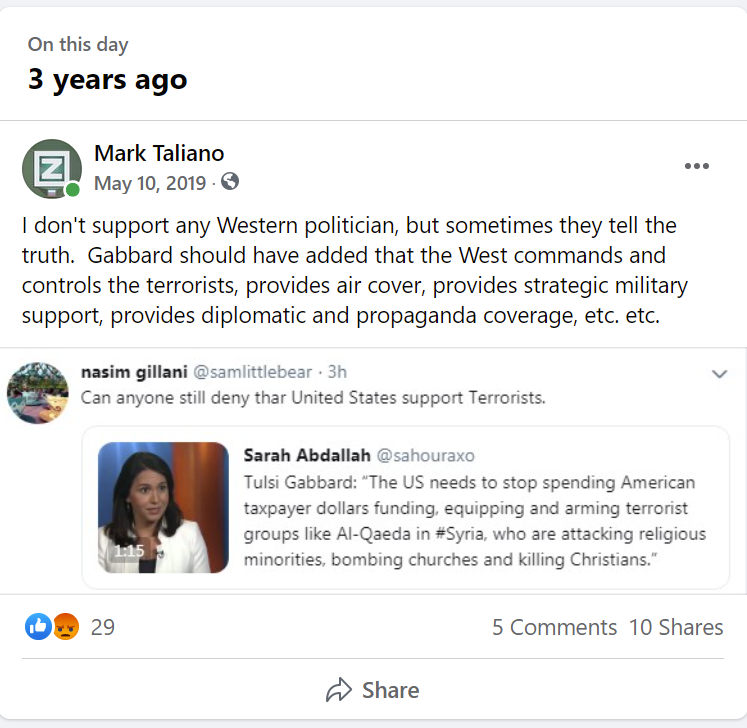 _____ (2022-05-10). Summit Of The Americas In 'Danger' As Caribbean States Threaten Boycott. popularresistance.org Mexico City, Mexico — The upcoming Summit of the Americas in Los Angeles is poised to become a diplomatic liability for US President Joe Biden as the Caribbean Community (CARICOM) alliance threatened to boycott the event over efforts by the host nation to exclude Cuba and Venezuela from participating. | "The Summit of the Americas is in danger (…) If the United States insists on not inviting Cuba to this meeting, it will immediately cause 14 CARICOM countries not to attend," said Antigua and Barbuda's Ambassador to the US Ronald Sanders last month. | Sanders added that CARICOM members would also boycott s…